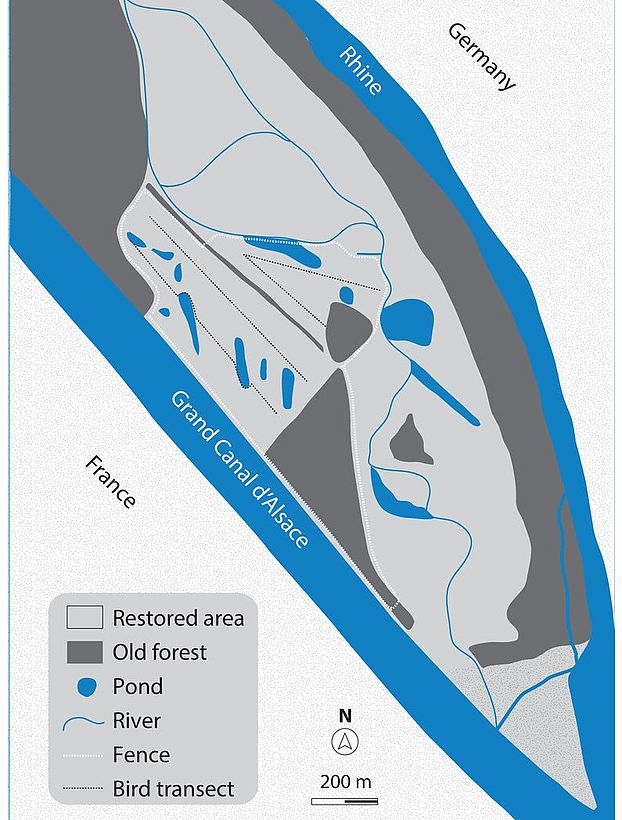 In this study, we equipped five horses and five cattle with GPS collars and correlated the density of their GPS positions on the grazed area with the density of bird observations. We found that in the songbirds of our study site, both the overall density of bird individuals and the number of species increased with increasing density of GPS positions of grazers. Of the eight most common songbird species observed in our study area, the Eurasian Skylark and the Common Starling had the clearest positive correlations with grazer density.