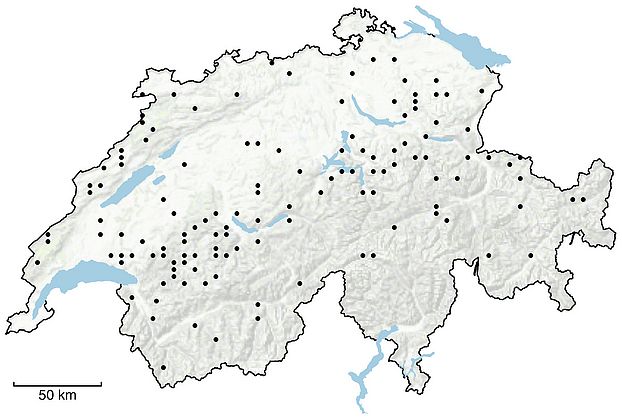 Nitrogen deposition is a major threat to biodiversity in many habitats. The recent introduction of cleaner technologies in Switzerland has led to a reduction in the emissions of nitrogen oxides, with a consequent decrease in nitrogen deposition. In this study, we examined different drivers of plant community change, that is, nitrogen deposition, climate warming, and land-use change, using data from the Swiss biodiversity monitoring program. Our results add to the increasing evidence that plant communities in changing environments may be relatively stable regarding average species richness or average indicator values, but that this apparent stability is often accompanied by a marked turnover of species.