Some of the questions I would really like to investigate further

- How do the African resident birds cope with the European part-time immigrants?
- What is the adaptive value of human dialects? Or of not speaking a dialect?
- How could science do so well although (I think) some basic methods are flawed?
- How can we do even better?
- And most importantly: how can we convince more people to invest in the future?

I sincerely thank all the people in my Team, my colleagues and students at the University, in the Petite Camargue Alsacienne and at the Vogelwarte Sempach, and all the people who are on the author lists and in the acknowledgments of our papers.

I sincerely thank all the people and foundations mentioned on the page History – without their continuing support, there would be no Research Station Petite Camargue Alsacienne.

I am extremely grateful to have met Dr. Luc Hoffmann and Dr. Hartmann P. Koechlin who have laid the foundation for our work.

2019. It is still hard to grasp what happened in the aftermath of the 2016 Statement on P-values by the American Statistical Association. Of course I mostly saw the part in which I was personally involved, but that was striking enough. First, I thought I should write the longest paper I had written so far. Then we had The saga of the summer 2017, a.k.a. 'the alpha wars'. In 2019, our Inferential statistics as descriptive statistics and McShane et al.'s Abandon statistical significance, both part of a large collection of papers in a special issue of The American Statistician, led to the invitation to write a Comment for Nature.

I just found an Email from the Friday the issue of Nature went off to the press, saying «What a relief! I'm completely exhausted.» Because the publication of the commentary was scheduled to coincide with the publication of the TAS special issue, we had exactly 7 weeks for coming up with a first draft, negotiating the content and the entire procedure among three authors, several editors and 854 signatories from 52 countries, and getting the proofs corrected.

Five days later, the commentary was published, and after two weeks it had the highest online attention score of all research articles ever listed by Altmetric. (Luckily in the meantime there have been many studies on COVID that attracted greater public attention.)

Throughout the rest of 2019 and up to today, I have been busy discussing statistics and reproducibility. Probably similar discussions will last forever, or at least as long as scientists try to draw conclusions from data!

Nightingales. As many people have discovered before me, it can be rewarding to become familiar with the life of organisms that are not human. For years (Publications) I studied what Nightingales do when we do not see them – and they are rarely seen, but very likely to be heard. In 2007, we captured 10 female Nightingales at a site in 70 km distance, translocated them to the Petite Camargue and tried to follow the radio-tagged females for two days and nights. This was a follow-up to an earlier study in which I had translocated 13 males – mostly because at that time the first two captured individuals happened to be males and not females.

In the earlier study, I thus started by translocating the two males and coincidently discovered a striking pattern: the non-territorial nightingales prospected territories during the dawn chorus, in the hour before sunrise. I remember how I instantly recognized that the temporal correlation between territory prospecting and maximum singing activity of resident males could argue for a territory defense function of dawn song in the Nightingale. And as a young PhD student, I could already see the title of the anticipated paper.

Then in 2007, we did what I had originally planned: translocating females. Unlike with the male prospecting behaviour, we had a clear expectation: If the males really sing at night to attract newly arriving females, then the females should prospect for singing males at night. But apparently I had some doubts this would become true: after we had translocated the first females, I went home instead of staying in the Petite Camargue. At midnight, my then PhD student Tobias Roth called me on the phone: «they are moving!»

Those two studies were completely hand-made. No automatic data storage, no sophisticated telemetry system involved; just Tobias and I and two field assistants on our bicycles, desperately trying to follow the roaming Nightingales, using hand-held telemetry antennas, covering many kilometers each night and communicating with walkie-talkies. Maybe that is why the studies feel so satisfying in retrospect. They are probably my best experience of combining a lucky chance discovery with a follow-up study, successfully answering a clear-cut and simple, yet sexy study question.

How would the life of Nightingales look like in West Africa? I visited them in early February 2011 together with my colleague Pius Korner. The only place to travel safely seemed to be Ghana, so we spent two weeks searching for Nightingales with a guide and a driver from the Ghana Wildlife Society.

We visited some promising areas in the south, playing Nightingale song from the roof of the car, without success. But when we arrived north of the rain forest, at a village called Nsuatre that was recommended to us by Chris Hewson from the British Trust for Ornithology, there was a Nightingale singing from about every bush in the savanna (a short report is here).

I felt like one of those biologists moving in completely unknown territory. The males sang during the day but not at night. Who were the additional Nightingales that we heard calling, but not singing, in the territories of some males? Do Nightingales form winter pairs? Do they really never breed in their winter territories? I don't know yet.

Science communication. Being editor of Animal Behaviour and having a new manuscript on the table once a week was fun, at least sometimes. Inventing three new publication venues as a chief communications officer was also fun – and the Swiss Academies Reports, Communications, and Factsheets still exist! We did a similar exercise recently, when we worked three years to prepare a relaunch of a 120-year-old Swiss scientific journal, the Ornithologischer Beobachter.

One of the most satisfying experiences as a journalist was when I got fired as a part-time science editor of the daily newspaper Basler Zeitung (or rather, my contract was not renewed). The newspaper had been taken over by a Swiss very-right-wing billionaire, and his new chief editor did not like it when I wrote that climate warming was happening and was likely caused by human activity. Nonetheless I thought that the chief editor was a skilled journalist, and the tense atmosphere at the editorial office was both uncomfortable and stimulating. Here are all articles I wrote and all pages I produced during my last six months at the Basler Zeitung. The Fukushima nuclear accident happened during this time, and many of the articles reflect the extreme polarization in the editorial office, as well as the (correct) feeling that the city's most important newspaper would probably be completely restructured.

I wrote my first newspaper article in 2000, on Nightingales in the Petite Camargue Alsacienne. My second article was a long report about a conference of the International Society for Behavioral Ecology in Zurich. The main attraction of that article was a description of a talk in which Andrew Cockburn simulated the courtship dance of a male Superb Fairy-Wren.

With this conference report, I won the Weltwoche-Award for Young Journalists 2001, at that time one of the most prestigious awards for Swiss journalists (and, at that time, the Weltwoche was a real newspaper). With the prize money, I bought my first car. I still owe Andrew Cockburn a visit to the Petite Camargue in return! (Using public transport, of course.)

After a hiatus of about 18 years, I recently resumed one of my old hobbies: playing the violin. My most exciting experiences as an amateur musician have been playing in lay orchestras such as the Youth Symphony Orchestra Bonn as a pupil, the Orchestra of the University of Basel as a student, and now, since 2019, the Philharmonic Orchestra Riehen.
In contrast, I was never really fond of practicing at home.

This has changed in November 2020 when the orchestra rehearsals were once again suspended due to COVID restrictions. I used the spare time to try and start playing the Chaconne, the last movement of Johann Sebastian Bach's second violin partita – in the words of Yehudi Menuhin: the greatest structure for solo violin that exists.

The above recording reflects the current state (July 2022) of my hopefully lifelong learning process with the piece. For the recording, I used my good old student violin and the built-in microphones of an Olympus LS-P4 recorder. I edited the recording with the software Audacity. 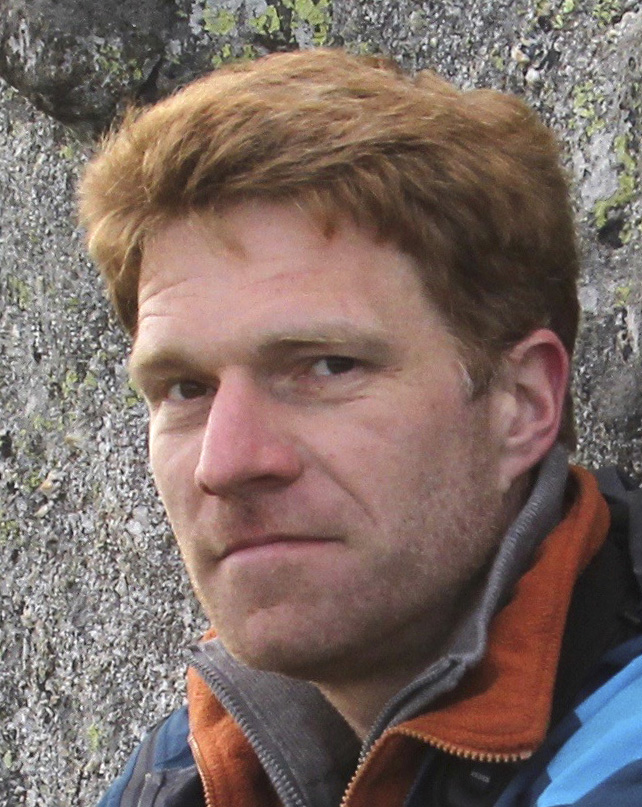